15 Great Reasons To Run The Kaiser Half 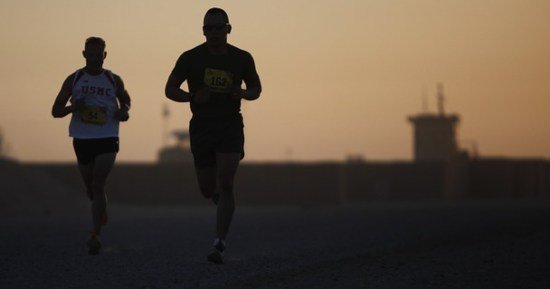 So I was ridiculously chuffed to be chosen to be a Kaiser Permanente SF Half Marathon and 5k race ambassador last week. (That mouthful is its official title). Thrilled to pieces. Because I really love the ‘Kaiser Half’ and I’m so excited to be part of it in a slightly more tangible way. And because IT COMES WITH A DISCOUNT FOR YOU PEOPLE!

I promise not to become some obnoxious nightmare constantly plugging the race but I am going to encourage you to run it, assuming you’re local, AND I’ll encourage you to use my code. In the interests of full disclosure, I get free entry if enough people use my code! The race is February 5th, so put it in your diary now!

I’ve run the Kaiser Permanente San Francisco Half Marathon twice…once in 2012 and once in 2015 so I have put my money where my mouth is TWICE and would totally recommend the race. And herewith are 15 good reasons why I think you should run it in 2017!

It is a really lovely course. You start by the Conservatory of Flowers in Golden Gate Park, run round the Panhandle, back into the park through the museums, cruise effortlessly (honestly) down through the park and out onto the oceanfront. You head down the ocean for three miles and then back up for three miles to finish in the park. It is beautiful!!

In 2015, I went for a PR and totally failed but if you manage NOT to set out waaay too fast, this is a VERY PR-able course. The first stretch is flat, then you get an incredible couple of miles downhill where you literally feel like you’re flying and you’re God’s gift to running. Then you have a flat six-mile stretch along the ocean. If you can hold it together mentally for that final stretch, this is the course to set a PR on!

One of the things we most want in a race is accurate measuring, isn’t it! This race? Bang on. It’s certified as well.

The other thing we want most in a race is plenty of portapotties at the start. This race? Plentiful.

This race has been going on for 34 years now and they’ve got the organization down pat. From the shuttle buses from the ocean car-parking to the start line to the plentiful aid stations, you don’t need to worry.

We’re lucky in California that our winters are not British, Scandinavian or even Canadian, but most of us need a goal to work towards on the grey days and the dark mornings. The Kaiser Permanente SF Half Marathon & 5k’s early February date is an awesome goal to keep you running, eating well and training hard through the winter.

I’ve said that the course is PR-able and it is. But that second half along the ocean is mentally brutal. In 2015, I emerged from the park feeling a million dollars and with my 40th Birthday PR in the bag! Over the next six miles, I learned a lot about early race pacing, about mental fortitude and the guts to keep running when frankly you want to sit on the side and cry. This race is PR-able but it’s not easy!

Not everyone is motivated by medals but I am!!  Runners of both the Half and the 5k get medals and cotton-blend T-shirts! You can upgrade and buy a tech shirt if you want.

If your cheering squad need some entertainment, there’s a 5k! I’m actually going to be running the 5k in 2017 rather than the half! The 5k is basically downhill so I’m going to be gutting it out for what will probably be my fastest 5k ever. My son PR’d the 5k when he was 5, so if he can, you can! Or your family and friends can!!

10 – Get your number mailed to you FOR FREE!

How blissful is this? For NO CHARGE, the kind people organizing the race will mail you your number. No more panicking in the early hours at the length of the packet pick-up queue. No schlepping into the city a day early to go to an expo. Just wait till your number pops through your letterbox. Perfect.

Maybe this is a British thing but one of the highlights for me in 2015 was riding the shuttle bus from the oceanfront parking to the race start…on a yellow school bus. I had never been on one before and it made my flipping day. I was pleased to note the hatch in the roof in case I needed to do a Keanu!

At the end of the race, there’s a ‘party’ for runners and supporters alike. Lots of sponsor stands giving out freebie, food trucks for refueling… it’s a lot of fun!

My birthday falls the day after the race so BRUNCH, PEOPLE!!!

SO many local runners do the Kaiser Permanente SF Half Marathon that if you don’t, you may feel a little…sad. Don’t be sad, come and run!

How To Choose Running Shoes – The Ultimate 2020 Guide

10 Ways To Not Get Bored When Running

What Does Hoka One One Mean? And What Language Is it?

If The Shoes Fit