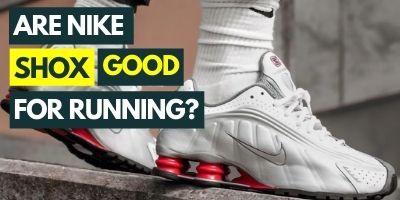 In today’s article, we’re going to be answering a question that Shox fans ask “Are Nike Shox good for running?”

One of the most highly anticipated sneaker technologies was Nike Shox.

As early as 1984, Nike was already experimenting with the idea of placing a mechanical cushioning system in their shoes like the Reebok Pump or the Adidas Micropacer which had a computer in it and counted your steps.

In 2000, the long-awaited Nike Shox technology debuted on the Nike Shox R4s.

The shoe retailed at $160 and created a lot of buzz. The ‘R’ stood for running and the number ‘4’ stood for the four shock absorbers on the heel of the shoe.

So, are the Shox really good for running?

Related: Are Nike Air Max Good For Running? Which Air Max Is The Best For Performance?

Are Nike Shox Good For Running?

Although they were designed as running shoes, Nike Shox are not very good for running.

The problem is that most runners, especially ones willing to invest in a new sneaker technology, aren’t heel strikers. They run on the balls of their feet. So, the springs really made the shoes heavy while providing little support near the ball of the foot.

But even heel strikers didn’t really enjoy the heel springs because they provided cushioning that was not comfortable for heel landing.

Shox didn’t really deliver on the promise of performance or cushioning.

Nike later brought Shox into basketball where it performed much better, but the reviews had already set the technology too far back to be saved.

Related: Are Nike Revolution 5 Good For Running? Cheap But Decent

Nike wanted to create a running shoe that provided runners with a lot of energy return, which simply means when a person runs, the shoe distributes energy with each stride every time their foot hits the ground.

Technologies like Adidas’ Boost and Nike’s React take that same energy and redistribute it back to the runner, which theoretically can make you run faster, longer, and with less fatigue. 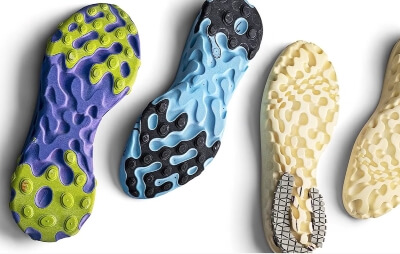 Nike designers were moved to create an energy return technology after observing runners on a special running track at Harvard University.

The track was made of polyurethane and had a springy nature to it. It took 13 years to come up with a solution.

From 1984 to 1997, Nike trialed all kinds of experiments but finally arrived at placing four hollowed-out polyurethane foam columns sandwiched in-between TPU at the heel of the shoe. 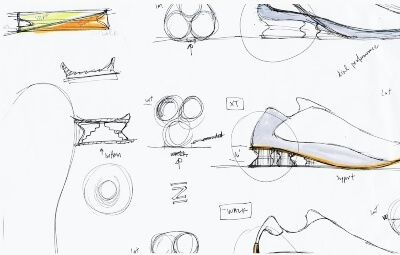 Why Did Nike Shox Fail?

In this section, we are going to be talking about why Nike’s long-awaited Shox technology fail to capture the market like Nike Air did. 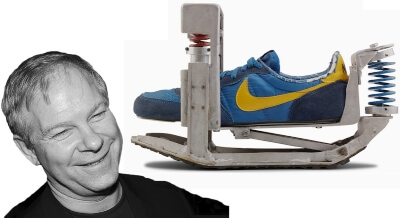 A long time ago, sneaker technologies were basic and not as exciting as they are today. For example, leather basketball and tennis shoes were groundbreaking, as were track spikes.

But sometime in the mid to late 70s, EVA cushioning was born and sports, science, and shoe companies began rapidly innovating.

Nike had their waffle outsole and eventually debuted Air technology with the Nike Air Tailwind.

Every time a new sneaker technology was released to the market, it seemed like something from the future. Think of shoes like the Reebok Pump or the Adidas Micropacer.

Shortly after the release of the R4, the BB4s were released. Nike tapped the slam dunk legend Vince Carter to be the face of Nike’s Shox basketball line. 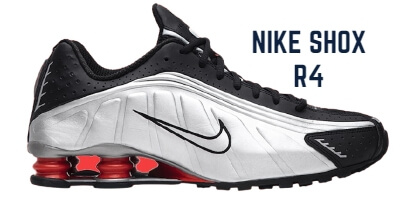 During the 2000 Olympics, in Sydney, Australia, Vince literally leaped over 7’2″ French center Frédéric Weis in one of the most soaring dunks of all time.

Luckily for Nike, he was wearing the BB4 Shox. This did two things for Nike. One, it obviously boosted sales.

And two, and more importantly, when you saw Vince jump over that seven-foot dude, it made you think that if you had Nike Shox on your feet, you could jump that high too. 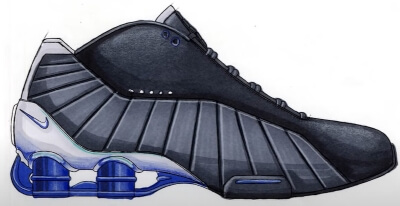 The BB4 was designed by Eric Avar, the same dude who designed Kobe’s shoes when he went to Nike.

To me, the BB4 perfectly sums up the year 2000. Everyone was thinking about flying cars and how the future was going to look.

Related: Are NMDs Good For Running – How Do They Compare To The UltraBoost

Up next was the Nike Shox XT which was a cross-trainer that had seven Shox columns. My personal favorite from the bunch was the Nike Shox TL. TL stands for total because the shoe was completely outfitted with shock absorbers from heel-to-toe, giving you total Shox support. 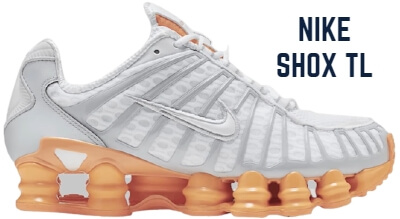 By the mid-2000s, Nike Shox had fallen out of favor with the market. I’m beginning to wonder if it was ever really in favor, especially with sneakerheads.

Nike’s SB program was beginning to gain traction and people were obsessed with the Dunks by the time the Shox faded out.

One interesting is Nike Shox actually had a cult following in the UK, thanks in part to it being part of the image of grime hip hop.

Shox had a blip of a resurgence with the COMME des GARÇONS and Skepta collabs, but it just doesn’t have the cultural relevance as it did when Vince Carter was dunking on everyone.

Related: Are Ultra Boosts Good For Running &#8211; Which UltraBoost Iteration Can You Run In? 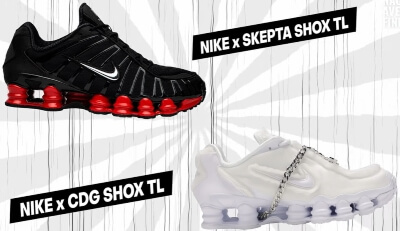 This is what the majority of people on social media say about Nike Shox for running.

“They were the worst. Not comfortable, no response and they looked like garbage…”

“They are only retro’d as a cash grab. Nostalgia sells sneakers.”

“The pair I owned, it felt like the aesthetic exceeded the functionality of it, and with that said, people wouldn’t necessarily wear Shox to the club either.

“Kind of just felt like a visual gimmick attached to okay shoes.”

So, maybe it wasn’t exactly a commercial failure because, obviously, there is some demand in the market because Nike keeps on retro-ing Shox, but the overall consensus is that the shoes weren’t that comfortable, to begin with.

Maybe it’s because when we all saw Vince Carter dunk on that seven-foot French dude, we thought that we’d be jumping that high too.

But what do you guys think? Do you guys have any memories of wearing Nike Shox? Do you remember when they first came out?

So the next time someone asks you are Nike Shox good for running, you tell them absolutely not. They’re good for lifestyle but not for performance.