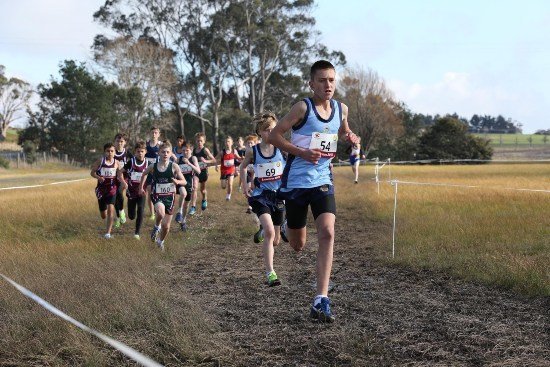 The sport of cross-country running had its humble beginnings in England in the early 19th century when it was first known as “the paper chase” or the “hare and hounds” game. The game required an initial group of runners to run out first and then drop pieces of paper along the way, literally a paper trail, so they can be tracked and followed by a chasing group. The sport was initially popular among track and distance runners who needed a way to continue training during the autumn and winter months, or among kids who simply needed to vent their excess energy during the lazy summer days.

The sport gained some sense of formality sometime in 1837 when English schools organized actual races to pit teams of athletes against each other. It was during this time that the first known cross-country race was held at the Rugby School and was known as the Crick Run. This was followed by the bigger and more popular schools organizing their own “hare and hounds” races due mainly to the motivation provided by Oxford and Cambridge Universities. It was during this period that the roots of modern-day cross country running were sown.

The need for more formal races with well-laid out routes and clear rules led to the inception of the English national cross-country championship. On December 7, 1867, the first English national championship race was staged at Wimbledon Common, the same site as the current tennis championships. The race, however, did not go as smoothly as intended owing to the multiple issues that were encountered. The issues were mainly due to the terrain being far from the ideal running surface as the race went through a very boggy and hilly route.

Race organizers also indicated that a significant number of runners lost their way as the route was not marked properly along the 3.5-mile course and because the race started at 5 in the afternoon shortly before dark. However, although the first running of this race was less than successful, it paved the way for more races with better rules and organization to happen in the years that shortly followed.

The event found its way to the United States in 1869 when it was introduced by William C. Vosburgh of New York. Eighteen years after in 1887, the United States National Cross Country Association was born. Amongst the first schools to take part in this event was Harvard University who already had the event introduced to its athletes 7 years prior in 1880.

After Harvard, schools in the New England area and the Eastern seaboard easily gravitated to the sport led by the active involvement of universities like Cornell, Pennsylvania and the City College of New York. The three had their own intercollegiate cross country meet in 1890 and Cornell went on to lead the founding of the Intercollegiate Cross-Country Association in 1898.

During this time, international competitions between French and English schools were already in full-swing in Europe. Shortly thereafter, in 1903, England, Scotland, Ireland and Wales organized an annual meet. In 1907, France sent a delegation to compete in this meet globalizing the sport and paving the way for its inclusion in the summer Olympics. The first running of the cross country race in the Olympics happened in 1912 and then again in 1920 and 1924 although it was abandoned shortly thereafter due to its perceived nature as an autumn and winter sport and not really suited for summer conditions when the hot and humid weather was punishing for cross country racers.

Cross country racing maintained its low profile in the years that followed until the International Amateur Athletic Foundation (IAAF) assumed full organizing and standardization efforts in 1962. It set common rules for men and women races leading to the first women’s world championship meet in 1967. In 1973, the first IAAF World Cross Country Championships was run and to this day, it remains as the golden standard in elite cross country competition.

The modern-version of cross country racing remains popular especially at the amateur level where an estimated 400,000 high school students in the US alone competed in 2007. In 2012, that number ballooned to near 500,000. The event also has a solid following from the NCAA ranks maintaining tradition dating to the 1930s when the NCAA cross-country championship was first run. The IAAF event consists of 12-k and 8-k events for men and women respectively and 6-k events for junior men and women runners.

Cross country running today is both an individual and team sport. Individuals who cross the finish line first are recognized for finishing the route ahead of the others. Notable personalities in cross country running history include Kenenisa Bekele, Paavo Nurmi, Steve “Pre” Prefontaine, and Paul Tergat for the men and Zola Budd, Doris Brown, Lynn Jennings, Grete Waitz, and Sonia O’Sullivan for the women. The team event, on the other hand, is scored depending on the finishing ranks of the Top 5 individuals in each team with the lowest team score winning the event team championship crown. Universities and colleges jockey for recruiting position in order to enlist the best running athletes in the country into their respective programs, no different from the other college sports like football and basketball where recruiting is a big deal.

The colorful history of cross country running paved the way for its strong following today. And given that it’s a sport which requires very little specialized equipment and offers recognition for individual and team feats, it’s guaranteed to stay for the foreseeable future.