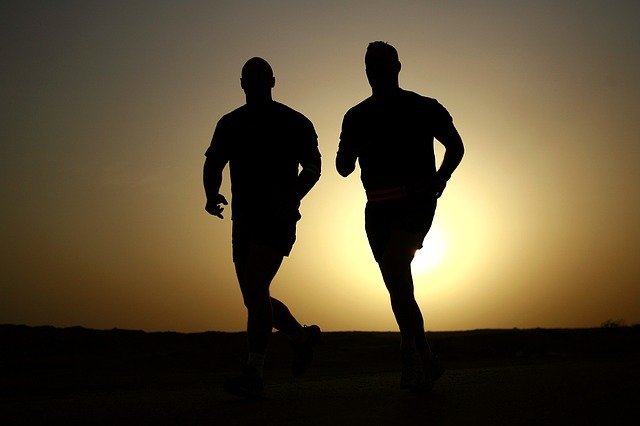 You’re one hour into your half marathon, you start picking up speed, envisioning crossing that finish line victoriously, you look down at your Garmin to check your pace and you feel the corners of your mouth turn up as you grin mischievously, exclaiming triumphantly to yourself “I am on track for a PB!”

Then, you start to feel a heaviness in your chest… your breathing becomes rapid, shallow and soon you are gasping for breath. Sound familiar? This is the story of most newbie runners. Personally, I initially struggled with proper breathing while running because I would get so caught up in every little detail… What my current pace was; when I needed to take my next gel; how far away the next drink station was. I would simply, forget to breathe. I quickly learned that getting my breathing right was going to have to be a key focus for my running training and in this post, I will share with you how I learned to breathe while running and in doing so became a more efficient runner.

The most important point in proper breathing while running is breath in and out primarily through your mouth when running. Your body needs a large amount of oxygen while running, and breathing through the mouth allows you to take in more air, therefore more oxygen, than breathing solely through the nose.  When I first started running I was told in through your nose and out through your mouth and when I gave it a go I suffered as a result… Being a hay fever & rhinitis sufferer breathing through a stuffy, blocked nose was the worst possible way for me to try to get optimal oxygen. Lucky I found the error of my ways and learned through the mouth is the most effective way to inhale and exhale oxygen while running (If your nose wants to join in then that’s brilliant, but if it can’t then that’s ok too).

Another problem faced by most runners is that they are “chest breathers” not “belly breathers.” Chest breathing tends to be shallow and therefore does not provide much oxygen to the lungs. It is important to “belly breathe” in order to provide more oxygen to the lungs (expand your belly when you inhale and contract it when you exhale).  However, it can be difficult to break the habit of chest breathing especially while running, as you tend to be preoccupied with other things such as calculating your pace. Experts recommend practicing belly breathing when not running so that it slowly becomes a habit, even while running.  I found Pilates a great way to practice my belly breathing.

Don’t worry if this sounds a little complicated, starting off the 3 simple steps below will have you on your way to improving your oxygen intake. Then you can tackle some rhythm breathing exercises.

Changing your breathing habits will not happen overnight, but practicing it regularly will help and as a result, you will be able to run better. In fact, research has found that runners who have a strained breathing tend to have greater leg and muscle fatigue. A relaxed and stable breathing, on the other hand, causes much less fatigue. So, it’s important that you get your breathing patterns right.