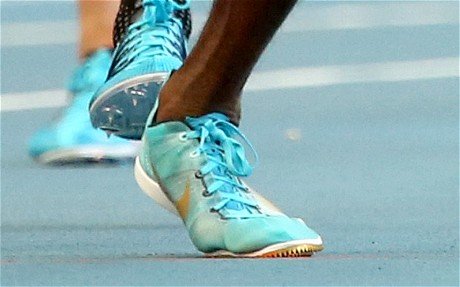 When it comes to running, one of the biggest problems all athletes face is injuries. One of the most common questions asked is, “what are some ways to prevent them?” Two of the most common preventative methods are stretching before and after runs, and  doing exercises to strengthen weak muscles. One of the more recent methods today that the running community is focused on is proper foot strike while running. Most people naturally strike the ground first with their heels. In this post, we are going to look at how runners who heel strike can change to a forefoot strike, and how it is beneficial for them.

Why is striking the ground with your heels a bad thing? I mean if we naturally do it, why is it wrong? Well, there are a few reasons to this. First of all, when we heel strike we are actually stopping our forward momentum. This happens mostly because when we heel strike, we tend to reach out for the ground instead of just landing on it. This is obviously not good when you are running for fast times. Secondly, when we heel strike we create high impact forces that jolt up into our legs and spine. This is what causes common knee and back injuries.

So how do we solve this? by running on our forefeet. This is where we land just behind the ball of our feet. For me, I just made a conscience effort to land on my forefoot. When starting this in my senior year in high school, I basically was running closer to my toes than I was my forefoot. But as time progressed, I became more efficient landing near the middle of my foot. Personally I have forgotten what it was like to heel strike. Now, I would have to make a conscience effort to go back to heel striking. I also want to mention that when I changed my foot strike, my calf muscles were sore for a few weeks. This happened simply because my muscles were not used to the new stress.

Another way to change our form is by barefoot running. A few teammates of mine did a study for our research class on barefoot running. They measured the angle of the foot strike before starting a barefoot running program, and after. They found that every one of their subjects switched to forefoot running after running barefoot just a couple times a week for a few weeks.1 We naturally run on our forefeet while  barefoot running because it reduces shock to the heels. This is the exact result we want to achieve!

There are a lot of shoes out there now that try to promote this same idea such as Vibram 5 fingers, New Balance Minimus, and Brooks Pure series. I am sure you can find the right shoe for you and there are plenty of other specialty running shops to help point you in the right direction. If you stick around I will be getting into some reviews of these myself. Until then I have provided a few of them below.